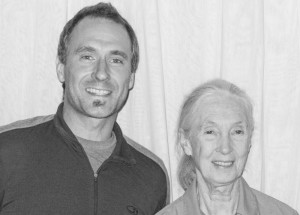 Late in 2010 a profound experience helping the homeless in Vancouver, Canada, left Brad with a desire to do more for the world. The illusions of western society dissipated quickly and over the following year he sold everything he owned and gave the rest to charity. By the fall of 2012 Brad was living on a small tropical island in Indonesia with little more than what he could carry while researching and developing innovative new strategies to make a difference for the greater good.

While developing several prior careers as an author, ecologist, and photographer, Brad dreamed of a different life. Like many others, social expectations suppressed his dream from a young age, and created practical excuses to avoid taking risks. But when those excuses were removed, by will or by force, he was free to help who he could, and wherever he was needed. With no set plans Brad was driven only by the simple need to make a difference.

Indonesia, Thailand, Costa Rica came and went but it was Africa that had been calling the longest, so off he went. While there Brad quickly discovered a love of working with primates among the wild troops of Chacma Baboons and orphaned Vervet Monkeys of the Western Cape, South Africa.

As a former Random House author, Brad worked with some of the best strategy, development and publishing teams in the world. He now dedicates his professional experience to helping animals, the environment and those who are on parallel paths, working – and often struggling – to build a more peaceful, sustainable, compassionate world. Please join Brad and the rest of us at Global Animal Welfare as we strive to build something bigger than ourselves.