A dark shadow creeps among the perfect postcards of trendy tourist-laden Phuket, Thailand. This is exactly what I expected: the humid stink of sewer, sweat and petrol sticks to everything while everyone’s just trying to make a buck. The Kingdom is a nerve center for the illegal wildlife trade in South-East Asia. It’s both a source and a transit hub to get smuggled products into China and the Middle East. Animals are disappearing from the forests and appearing on disturbingly crowded city streets: elephants, primates, birds, reptiles. They’re all here. There are fewer better places to go for this type of action outside Bangkok – Patong Bay is one of them. So here I am.

I’m on the patio of a street-side bar; near the west end of Bangla Road to be precise. I’m enjoying a dark Irish beer that’s going down slow when two wildlife hustlers stop curb-side directly in front of my bar stool. My camera is out.

Damn. Have they made me? Maybe not – just coincidence.

Bangla Road isn’t that long so close calls aren’t entirely unexpected. I’ve been tailing these two for weeks; just watching, taking photos, mapping out who knows who. It’s been interesting and illuminating. The organized crime types oversee operations, but generally the people hawking wildlife are average Thais trying to make a living. The few I’ve spoken to don’t know where the animals are from, don’t know anything about them and don’t understand why what they’re doing is an issue.

One middle-aged Thai with a sweater-bound Loris named “Gerry” wasn’t aware the nocturnal primates are venomous.

“What does Gerry eat?”

“But he likes Bananas.”

“Where is Gerry from?”

“I don’t know – the forest somewhere.”

“My friend get him.”

They go in and out of the street’s shadows, I count a half-dozen people selling unsuspecting tourists expensive photos with rare and endangered species. Naturally, in a place like this there’s no shortage of customers. The traders slide and hesitate behind signs and telephone poles. They’re experts at blending into the crowd when scant authorities arrive. Vigilant eyes ever watchful for police they’ve not yet paid to sit in the Lady-boy strip club for the ping-pong challenge.

In the past few weeks I’ve regularly observed uniformed cops sitting in clubs with their backs to the street. From what I can tell they’re the only official “deterrent” on the strip – not that I would recognize a plain-clothes Thai cop if I saw one. The peddling continues seemingly unabated.

Fatty is a regular on the strip – that’s what I’ve named her. She’s at least twice as wide as the telephone pole she uses as a station but that doesn’t stop her using it as cover to peep the street’s pedestrian traffic. She’s a spotter for the network – if she sees anything suspicious she “quickly” waddles to the hustlers and they all hastily cram drugged animals into shoulder satchels and retreat into the shadows or to find a new spot until the threat vanishes.

I approach a few young Aussie girls getting their photos taken with a Loris.

“I don’t see a problem – it’s cute and I just wanted a souvenir.”

And there’s the problem – at the ground level people just don’t know any better.

It’s been an illuminating month here. But I think it’s time to move on.

Someone is watching me watching them. 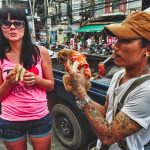 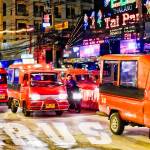 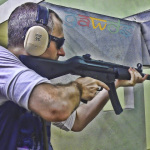 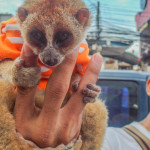 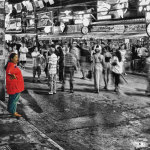 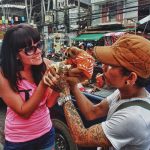 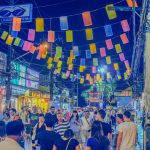 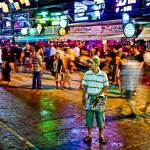