Is religious discourse on animals and the environment relevant when it promotes disconnection from the natural world and other sentient beings? Should religions occupy a sacred space beyond reproach when they proselytize with easily disproved lies? I would argue that they should be interrogated with reason and evidence, for the common good. The Dark Ages are over: The world is ready for a system of morality that is based on universal secular truth not exclusive to any one religion.

Religious pontification that seeks to keep separate man from animal and man from nature with dogmatic assertions from the good books – however fictional they may be – harms civilized progress as religious factions cower behind the disappearing security of holy delusions which makes essential their necessary dominion of over all creation. Any society that subsequently maintains a violent status quot in thought and action towards animals and the environment is undoubtedly also going to have lasting issues with violence against people. It’s all connected.

I get a kick out of religious zealots with a penchant for chronically ignorant assertions and transparent rhetoric because they’re so easy to counter. But what happens when they use a scholarly style to mislead the public? Some spend entire careers carefully crafting critical commentary but their childish bias is getting desperate. A particularly painful article on the Real Truth (a LOL worthy religious propaganda platform) Human Mind vs. Animal Brain uses an academic tone to convey obvious fallacies while intentionally ignoring the fact that humans ARE animals. And this is not accidental as organized religion continues its frantic death throws in defending faith from the awesome advances of reason and science. You simply must read the article to comprehend the full extent of the ridiculousness. The best part – by far – is the laughable list of uniquely human traits, the majority of which can be shown as false with a few spare minutes on YouTube. Let’s have a look at a few of them.

No other creature is able to appreciate, create and express humor. Not only does it require creativity, but humor also requires the ability to detach oneself from one’s surroundings to see the odd, surreal or ironic.

Real Truth on Appreciation of Beauty

Man is able to appreciate all kinds of beauty. This can be as simple as a sunset, a work of art, or the intricate design of a flower. 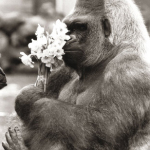 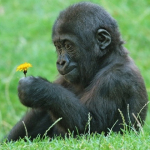 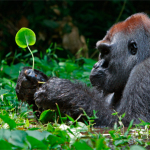 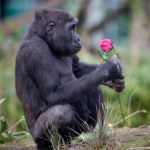 Real Truth on Awareness of Death

While animals have a survival instinct, man is able to consider that he will one day die. Aware that his days will not last forever, he has a deep respect of his mortality. In fact, nearly all cultures perform some form of funeral ritual. This is not found in the animal world.

While some animals form lifelong relationships for the purpose of reproduction, none exhibit a parallel with the human characteristics of love, in which a couple shares experiences, goals, dreams, hopes and aspirations.

Real Truth on Capacity for Wisdom

Animals are unable to weigh situations with previous experiences (FALSE). While animals are able to develop behavioral patterns based on positive or negative stimulation (AS DO HUMANS), they are completely unable to analyze actions before they are performed (FALSE). This ability, known as wisdom, is unique to human beings (FALSE).

Real Truth on A Sense of Morality

Animals always take the path of least resistance. They do not have a conscience or sense of right and wrong. On the other hand, mankind will go so far as to control his thoughts based on what he considers right or wrong.

We’ll all be better served by limiting valuable discourse on what makes us human to those individuals with less zealous credulity than what the religious “academics” tend to exhibit. Thankfully Richard Dawkins has appropriate insight when addressing the issue in “This Organ Separates Humans From Animals“. Frans de Waal’s research on primate morality shatters many outdated illusions that humans possess an exclusive sense of morality.

Religious faith at times seems inextricably hinged to the idea that man and animal remain permanently separate. Why? Because God made us in his image and if humans and animals are the same, well, we’re all just a bunch of fucking monkeys. Personally, I don’t see a problem with that, I like monkeys. But as Sam Harris said recently…

“Whenever we are talking about facts, certain opinions must be excluded.”