Amber Nichole Miller is one of the more recognizable faces on the scene in Las Vegas, Nevada. The former Ultimate Fighting Championship Ring Girl still models actively and is a Hyde Bellagio “Social Experience Ambassador” – you could say she knows how to party. When she’s not running the town she’s snuggled up at home enjoying some down time with her two pups Bella and Notorious B.U.G. 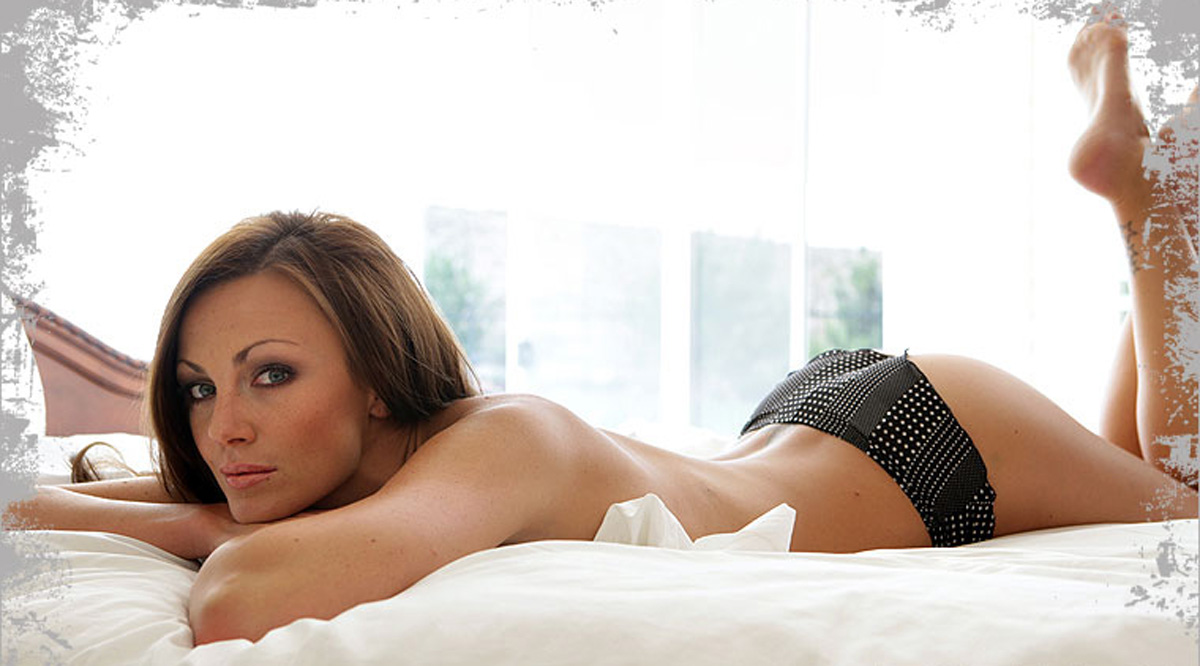 So Amber, where did you grow up? Did you have pets or spend a lot of time in the outdoors?

I have always been an animal lover growing up in Colorado we had many cats, dogs, fish, rabbits, turtles, birds, even snakes living at our house through my childhood. We were taught from a very young age to always be kind to animals. My first modeling job was when I was just 5 years old I was on The Disney Channel with Olivia Newton John Mickey Mouser-sizing.

Do you have a special affinity for any particular animals?

Dogs are my heart, I have two of my own and they are my world. A dog’s companionship is like nothing else they will love you unconditionally .My two small dogs; Bella, a Puggle; and Notorious B.U.G. (Bug) are the life of the party; everyone loves them and their enthusiasm; they’re also smugglers [editor: “snugglers”? Damn you iPhone autocorrect].

What would you sacrifice to save one endangered species from extinction?

That’s a tough question; I’m trying to figure out what I wouldn’t give up; I know I want my children to be able to see the amazing animals I have seen.

If you had to put a value on just knowing that animals were safe and protected from harm; what would that value be?

Honestly, it’s overwhelming, there are so many mistreated and defenseless animals in the world, the question is where do we start?

Do you support any specific animal or conservation organizations?

I support as many animal programs as possible; each month I donate to ASPCA, PETA, WWF and others.

Would you have any difficulty going vegan?

Going vegan has crossed my mind, but to be honest people have been eating meet for thousands of years and I believe that done responsible it is good for animal populations.

How well do you estimate your knowledge of vegan health levels?

I know many vegans, especially in the modeling world, and I believe that it’s a serious choice and shouldn’t be taken lightly; I understand that the food can be tasty if done right.

Do you support a full scale ban on cruelty products like leather; fur; cosmetics?

I would be 100% on-board to stand against the use of animals in testing for fashion and makeup; I think those guilty of cruelty should be prosecuted for the atrocious things they do to animals.

How resistant do you think those industries are to a full-scale ban on cruelty products?

I believe that companies testing on animals like those mentioned above would use any means possibly to fight a ban and unfortunately they can afford to do so.

Tell us about your current projects; what have you been working on since leaving the UFC?

Currently I have been quite active with Xyience and our energy drink Xenrgy trying to reach the young people on spring break. Also have been shooting with multiple brands for their latest catalogs. All the while working at the newest hottest club in Las Vegas Hyde at the Bellagio.

That’s right; you’re a party ambassador! Have you set any new personal and career goals?.

To be more thoughtful and more active in my community. And to use what influence I have for positive change.

We know that Bella and Notorious B.U.G. are excited to work on some animal rescue campaigns. What can your fans and supporters expect to see from you this year in supporting our efforts to help animals worldwide?

Well my involvement would be a great honor and I hope that my friends, family and fans would also do their part to support your movement as well.

Thanks for sharing some time with us Amber; we’re looking forward to having you and your fur-babies on the team.