Matt was a member of the Loredo Troop of wild baboons who used the Hebron Nature Reserve as part of their movement corridor between the adjacent farms and properties in The Crags, Western Cape, South Africa where I spent six months working to save the Darwin Primate Group’s sanctuary.

Matt had a childlike personality, playful and curious but cautious enough to spend time around with no issues. When the opportunities arose – and they were often – he would spend much of his day hanging around the reserve buildings watching us, chatting, trying to figure out what it was we were doing or building at any given time. He was content just being nearby watching; it always seemed as though he wanted to be a part of our troop rather than where he was with the Loredo Troop. 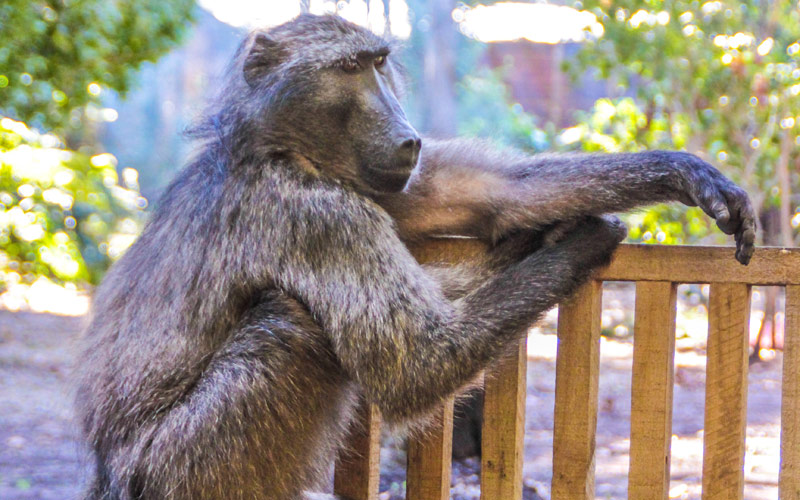 Matt was incredibly smart and a vigilant opportunist. One afternoon I left the main house from the kitchen’s back door, promptly remembering something I had forgotten. As I spun on my heels to fetch the item, no sooner did I see Matt sprinting upright from the open kitchen door with several avocados and melons in his arms and wide fear grin/guilty smile smacked across his face as he chattered to himself in glorious victory! It was my fault for not securing the back door and yet again the babs took advantage of an innocent mistake. Such is living with wildlife – we should all be so lucky! 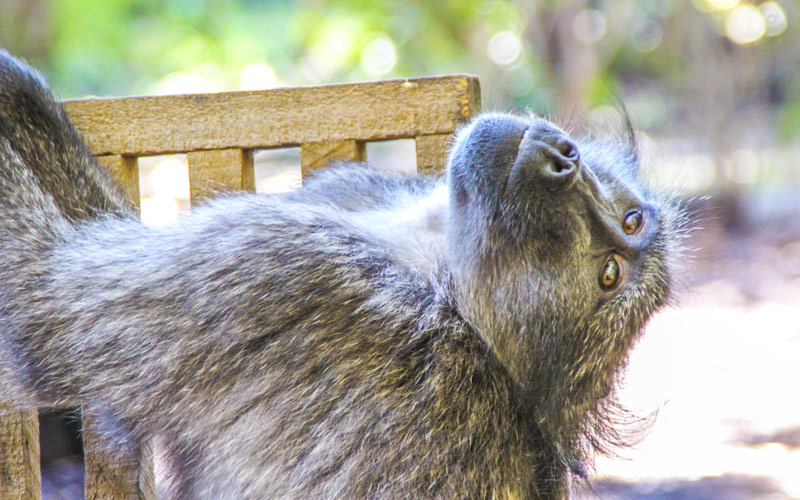 Matt poses for the camera – he was always showing off for his friends – a total clown for attention.

I learned quite a lot from Matt. His emotional and inquisitive expressions showed me beyond a shadow of a doubt that baboons are capable of a great range of feeling and thinking and are nothing like the negative stigma that’s been attached to them thanks to the one-dimensional media coverage over the years. Rather, many afternoons were spent watching each other closely and communicating through baboon language and behavior. If he could have spoken English, oh the conversations we would have had! During the month prior to his disappearance Matt found himself a lady friend and the two would often be seen grooming each other in the shade of the old yellow-wood trees around the main buildings. It’s not known what became of his girlfriend at this time. 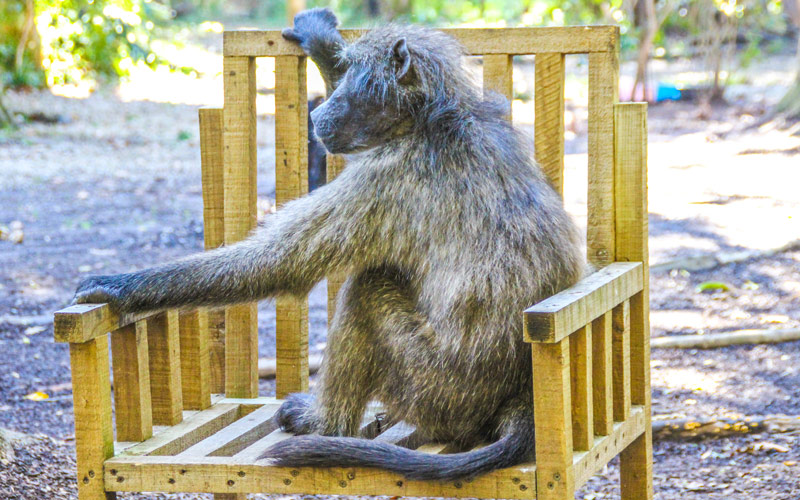 Matt watches the Loredo Troop from the comfort of his wooden man-throne.

Information acquired by area residents tells that Matt was playing with some baboon friends in a grassy field just outside the reserve on a typical sunny South African afternoon, causing no harm to anyone, when he was shot and killed by Peter Wilson, the killer dairy farmer who has made it his personal mission to execute all primate people in the area.

Rest in peace my friend, you will be dearly missed.