Locations. It’s what we know as “Indian Reservations” in the west. Where poor people of the wrong racial persuasion are hidden away from the privileged masses. Out of sight out of mind. I expected the worst coming to South Africa, but I’m honestly amazed at how Cape Town doesn’t meet those expectations – at least on the surface. Poor people are hidden in plain site – apparently it’s easy to hide one storey locations. They’re not like western housing projects buildings; the sky high ghettos. The sprawling, dilapidated shanty towns here are built from scrap tin, rotten wood, scavenged wire and rubber which could be right over the wall, tucked between your posh little condo development and the shopping mall. It’s just the walls happen to be topped with miles of hot razor wire and the people on the wrong side get shot for standing too close.

I met an awesome Scottish & South African couple here who regale and shock me with Apartheid stories. The depth of the social separation boggles a rational mind. I cannot fathom the logistics of such a system – but the humanitarian horror is well known.

They (Blacks) lived right next to us but it was’t until university I saw my first Black person. I discovered later, there were two worlds here, one hidden right below the other without even a hint of connection.

An old acquaintance in Canada barely escaped Apartheid era ZA with his family while barely a teenager: His stories stuck in my mind for decades.

“Our elementary school was walled with razor-wire fences; outside were police paddy-wagons with space in the back not for arrested Blacks but for armed swat guards who beat or killed any Blacks found too close to white neighborhoods. Their bodies were hidden; often crammed into storm drains only to be found months or years later by workers.”

And yet I feel a unique energy I can’t describe; positive but troubled. Officially Apartheid is over, but physical segregation of the poor is still obvious. And the emotional effects of the system linger just under the surface everywhere I go. At a restaurant this week, the beautiful Black waitress would not look me in the eyes no matter how much renowned Canadian friendliness I applied. After an hour suffering my endless charm, I think I saw a glint of a smile as our eyes met for a quarter second. Just an instant before she came to her senses and hurried off.

I go for lunch with a temporary friend – a white university schooled Afrikaner. What follows is a quick embarrassment – I’m revolted at how he treats the Black waitress. I’m seeing a Nazi mentality at work but there are no uniforms here. I can’t help but feel the system is still in place here: not as much physical but certainly economical, emotional and social.

I’m starting to think my time here could be equally painful and rewarding: It’s sure to be a profound experience. 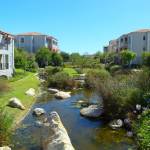 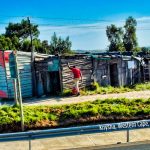 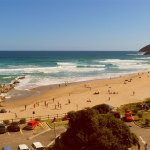 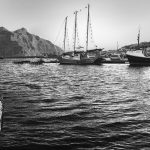 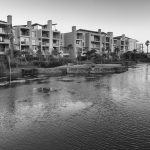