Corey Knowlton is a trophy hunter who earns his livelihood from violence and killing.

Last week he bid $350,000 USD in a Dallas Safari Club auction to kill a majestic individual from the few remaining endangered Black Rhino in the world, on the pretext that his “contribution” would help save the species. Since the announcement of his winning bid, death threats against the tough-guy hunter have eagerly poured in from around the world. A shift in the paradigm perhaps? International public are becoming much less tolerant and more vocal of inherently violent behavior whose continued existence threatens an emerging global awareness tasked with protecting the most vulnerable among us. Concerned global citizens with inspired visions of a peaceful society seem more inclined to stand up and proclaim loudly, “violence in any form will not be tolerated” and more specifically that the killing of endangered species for any reason, by any agency, regardless of their frail justifications, is absolutely intolerable. 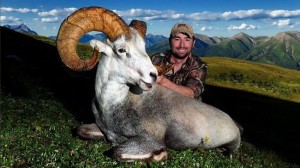 A Google search today yielded 262,000 results in 0.50 seconds for “rhino hunter death threats” – iterations of the search yield more dramatic numbers. Knowlton said this week “I’m a hunter, I want to experience a black rhino. I want to be intimately involved with a black rhino. If I go over there and shoot it or not shoot it, it’s beyond the point.” Does anyone actually believe he intends to visit Namibia to photograph the endangered rhino, let alone be satisfied by just seeing it alive and well in the wild? Not a chance, he intends to slaughter it like a coward and mount it in provocative animal-death-porn photos like a typical fucking braggart. Is it any wonder people are now lining up around the world to take shots at Knowlton – both figuratively and quite literally? 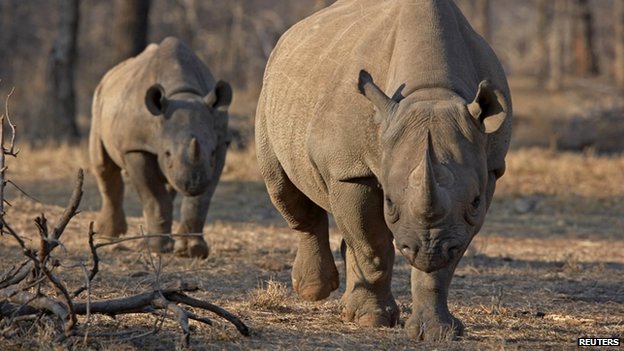 The ultimate failure in trophy hunter rhetoric is they ignorantly confuse values. No more intelligent than below -average Neanderthals, their attempts to camouflage a destructive death value as an existence value or a bequest value – which it is neither – appear to have awakened in the public a furor of inspirational proportions. Trophy hunters are serial killers – plain and simple – let’s not fool ourselves with impotent language. Their addiction to killing satisfies a prehistoric blood lust and doubles as personal entertainment hiding under the gossamer veil of intense nature love. Much to the contrary, in 2003, two sociologists examined the stereotype that trophy hunters love animals and nature, what they found was “Instead of love and respect for nature and individual animals,” they reported, “we found extreme objectification of animal bodies, with severed deer heads and cut-off antlers representative examples of the contradiction in the love-of-nature hunting stereotype.” To me this reads as some sort of perverse necrozoophiliac psychopathy but I’m not a psychologist so let’s leave this point for your own personal reflection.

Instead of love and respect for nature and individual animals, we found extreme objectification of animal bodies, with severed deer heads and cut-off antlers representative examples of the contradiction in the love-of-nature hunting stereotype. – Kalof & Fitzgerald 2003

The acceptance of such offensive and subversive behavior in a civilized society is nothing short of lazy indoctrination that continues to allow terms like “tradition” to trump moral and social responsibility. Threats against Knowlton gaining traction in mainstream media illustrate a much-needed maturation in our society, reflected across numerous fronts in the protection and right to justice for those chronically subjected to systematic violence whether children, animals, women, minorities or any other identifiable population.

Inherently violent activities must be targeted this way; to be exposed in the public eye and harshly scorned for the evils they represent and the damage they cause. They are not valuable cultural traditions beyond reproach and those who participate in them should be accurately shown as violent individuals preying on the weak – they are a morally challenged, economically-advantaged social subset who may only comprehend the darkness of their actions while subjected to the intense scrutiny of an evolving global consciousness. Stop letting them hide behind tradition – some traditions deserve to die. Some traditions have no future in an evolving safe society. Cannibalism is a tradition. Child marriage is a tradition. Pedophilia was tradition in classic Rome. I say, let the hunters become the hunted.

Even the major conservation groups themselves have failed to stand up for the rhino, cowardly hiding behind public relations statements in support of the hunt and Namibian government while completely avoiding any courageous representation for existence values. They’re stalled on the status quo of only acknowledging commercial use values of a species – betraying them as only a consumable resource – and proving again they have little to no understanding of elementary economic theory or even the will of the public who understand existence values on an unconscious level. These groups are publicly out of touch with the glaring fact that a global movement is building; one that values existence over consumption and traditional “conservation” must evolve in step or become dangerously outdated and irrelevant. In simple terms for their benefit: the world wants endangered species alive and protected, period.

Endangered species by their very definition must be protected across the board from ALL threats, including moneymaking schemes by untrustworthy governments and special interest groups whose core interests are violence and death. Conservation organizations must find the courage to prioritize existence values over consumption or we will lose this fight. 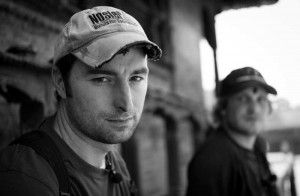 To Corey Knowlton I would like to say directly “live by the gun, die by the gun”. If violence is such an important part of your life, that is exactly the kind of energy to expect from a growing number of global citizens who will not tolerate such behavior any longer. Your contribution to the progress of our society is negligible.

Further Reading:
Salon – Hunter: “I want to be intimately involved with a black rhino”